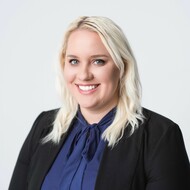 Hope William-Smith is the News Editor at Professional Pensions. She joined the magazine in 2019 from Money Marketing where she covered investment, pensions, and financial advice news on the retail side of the market. Hope started work as a cadet at The International Business Times in Sydney and was Features Editor at FEFundInfo in Australia before relocating to the UK. She remains interested in the retirement, pensions and superannuation space in Australia and its similarities and differences to the UK market. Hope was shortlisted for Headline Money’s Rising Star of the Year Award as well as the Financial Health and Life Insurance Journalist of the Year Award in 2019.She graduated from the University of New South Wales in 2015 with a Master of Law, Media and Journalism. Prior to that, she completed a BA in Government and International Political Relations at the University of Sydney.

Third did not check their state pension forecast before retiring

Covid-19 leaves schemes overestimating pension liabilities by up to 3.5% - research

The full impact of the Covid-19 pandemic means many defined benefit (DB) schemes will have now overestimated the life expectancies of their members, research suggests.

Schemes that help savers with later life planning as part of a government trial will receive a £400,000 funding boost, the Department for Work and Pensions (DWP) has revealed.