Tom Baigrie: 'Insurers and distributors are failing to market IP'

'We need to pick up the pace' 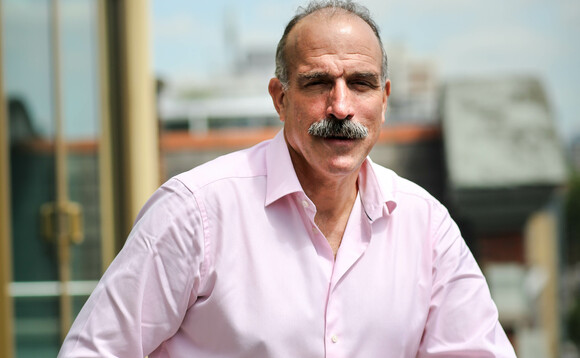 Following the success of Seven Families, it is time for another industry-wide campaign, writes LifeSearch chief executive Tom Baigrie

IP is needed by a far higher proportion of people than life insurance, a point perhaps proven by it making up 33% of claims made by LifeSearch customers, despite being far less than 10% of our 22-year-old book of business.

With almost half of those claims made by people under the age of 40, IP is some five times more claimed on than life insurance, which is why we are striving to increase the number of incomes we protect. This year we'll get well past 9,000, double the number we achieved in 2015 and a third again on 2018. It's nowhere near enough, but the gap is closing faster and faster.

IP is some five times more claimed on than life insurance.

Those growth-from-too-low-a-base numbers are being echoed amongst the fast expanding quality end of the wider protection advice community — now set to include many more members of the Association of Mortgage Intermediaries — who accept that IP is far more effective than critical illness cover (CIC) when it really matters, and that it isn't the product's fault that customers rarely know what it is.

IP may not be a big part of the consumer zeitgeist yet, but that's due to insurers failing to advertise it and distributors failing to market or even talk about it whenever possible. The latter started to shift with the Seven Families initiative and that positive change is now accelerating. I wonder if it's not time for another, more comprehensive, industry-wide promotional effort? If any insurer leader thinks so, then let's chat!

Protecting an income is more complicated than providing a lump sum; confirming mental or spinally caused incapacity is harder than diagnosing a cancer, heart attack or stroke. So of course the product needs to be explained and arranged with care, not just flogged. But that's because of the good that it does, not because it is over-complicated. It pays out often and proportionately to people whose ongoing lives can't be made viable by a relatively small lump sum, paid because they got the right kind of illness.

That makes IP a far better solution for most than CIC, even if the fear of the dread diseases CIC covers against is far more easily triggered than the more general fear of being disabled and unable to earn.

Our market shouldn't be the slave of consumer insight failings, it should be the shaper of that insight so that consumers want to buy what they need, rather than us just selling them what they want us to.

No adviser disputes that the hierarchy of a customer's need is IP then life then CIC, so the reform that's needed is to get all our conversations to reflect this. The good news is it's happening more and more. We just need to pick up the pace.

Half of advisers increase 'out of hours' client contact during pandemic

'One in five' UK businesses lack expertise to manage absence