Covid-19 has taught us that the biggest threats to our existence demand a global outlook, writes Chris Read

This evening I had my second jab, the AZ flavour. I hope I’ll be okay tomorrow.

Last time around, after the first jab I had a bout of shivers and sweats the following day. As of today, over 60 million vaccinations have been administered in the UK, with over 22.6 million people having received two jabs.

There seems to be a very focused mission to get the population vaccinated as soon as possible for obvious epidemiological reasons. The vaccination programme throughout the EU is also getting up to flying speed after a slow start, with Malta recently rising to the top of the Euro-Vaccination contest with pretty much all residents there having received a first jab. In the USA, over 50% of the population have now received their first dose. A summer holiday away is on the cards.

Earlier on in the week, having just returned from an amber listed country, I was armed with handfuls of paperwork to present to the UK Border. There was a negative test certificate, a passenger locator form, proof of Covid day two and day eight tests, as well as proof of a day five test and release form.

Quite a baffling array of paperwork if you are doing it for the first time. Actually, when you start assembling all the paper, it’s not so daunting. It took 20 minutes from the Arrivals Hall to picking up the luggage. Not a bad outcome. Now that arrivals from red list countries are to be diverted to a separate terminal, the Arrivals Hall may no longer represent a super spreading event.

I am due to fly again next week, back to Malta, which I hope would have turned from amber to green. Where I really want to go though, is to return to Uganda, to check up on the projects we run in our charity, Singing Gorilla Projects. The charity is located in the far south west of the country, running educational, health and environmental projects. From my house in Nkuringo, I can on most days see the orange glow of Mount Nyiragongo, the active volcano in the Virunga range. Over the past few days, the volcano has been erupting and threatening the city of Goma in the Democratic Republic of Congo (DRC) to the west of Uganda. The sky at night must be fantastic.

If you ever get the chance to visit that part of the world, you can climb the volcano when its not erupting and camp overnight at the crater rim at 3,500 metres high and admire the active molten lava lake. The journey is made from Goma, where you need to shop for your essentials. I took some rice, a chicken, and a chef. Goma is one of the largest cities in the east of the DRC, which itself is huge. Goma has had a difficult history. It was of course the centre of a refugee crisis at the time for Rwandan genocide of 1994. Since then, it’s been troubled with civil wars, bandit incursions and of course lava flows from Nyiragongo. I’ve never felt as unsafe as I did on my visit to Goma.

In sub-Saharan Africa, the COVAX programme has been working to get the poorer countries of the region vaccinated. Uptake, to date has been low. Fear and suspicion are prevalent. In the DRC, of a population of 71 million, only 15,000 have had a first dose. This represents pretty close to 0% of the population.

In next door Uganda, only 1.5% of the population has had a dose. This contributes to a global picture in that about 10% of the world’s population has had at least one dose administered. Chancellor Angela Merkel said at a recent G7 meeting that “the pandemic is not over until all people in the world have been vaccinated." Our attentions need to focus outwards to help other countries achieve effective vaccination programmes.

Whilst in the UK we celebrate the NHS, the volunteers, and that plucky British spirit in the success of the vaccination programme, we are still in this pandemic until everyone is vaccinated, or at least until variants of the virus no longer have the momentum to mutate. Lockdown restrictions of some form or other are here to stay for months if not years to come if we don’t think more globally. The way we travel between countries has changed for good. The forthcoming mandating of vaccine passports will not be a solution to return to social interaction and easy travel but simply a hygiene factor.

The return to office working has been much discussed. We are seeing some green shoots of returning to office environments. However, it will never be like it was before. Hybrid working seems to be the adopted norm. Do you return to the office on a Tuesday and Wednesday, or do you follow a project lifecycle, office as a destination approach?

Truth be told whilst we crave human interactivity, water-cooler moments and the creativity of working together, we have become far to engrained in our lockdown habits of zero commute, relaxed workwear attire and flexibility.

In my last article I wrote about The Pensions Regulator and its strategy to align workplace pensions with the government’s Green Finance Strategy. This strategy provides guidelines and direction for market participants. In the coming months, I look forward to our government supporting a post-pandemic global health treaty, in which countries will be encouraged to be open and transparent with other health systems.

There would be improved supply chains for vaccines and therapeutics. PPE would be available equally across countries regardless of where they sit on the development cycle. The treaty should recognise a ‘one health’ approach taking in both human and animal health, as well as the environment. This treaty should recognise deforestation as an encroachment on the natural world which naturally puts humans and animals into closer contact, triggering zoonotic (animal to human) transmissions of novel diseases.

The connection that companies in this country will have with activity of NGOs operating in places like the DRC and Uganda, must become closer and more symbiotic. The activity of UN and WHO initiatives and environment policy in general will become ever more important in the way that businesses layout their strategies.

As the year progresses, and the lockdown abates, we will be treated to public inquiries into how the country responded to the pandemic. There will of course be the normal theatrics of politicians defending their actions and government advisers spilling the beans. As this plays out, I look forward to my third jab as the year passes into its final quarter.

Abraham Okusanya: Nobody complains their way to the top 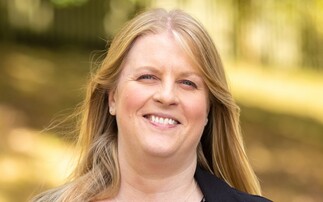 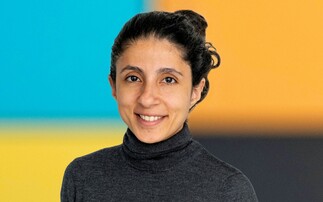