Royal London's recent research on the advice gap revealed some really interesting reasons why so many people don't seek out advice on their finances. We interviewed around 4,000 people to understand this better.

By far the biggest reason was the belief that it's too expensive. 47% of people who hadn't taken advice cited this as the main barrier, despite 40% of those having no expectation as to what an adviser might charge. Perhaps giving people a clearer picture of what those charges may be, how they can be paid and most importantly, the benefits people could receive from taking advice would go a long way to breaking this down.

15% of non-advised customers simply said that it ‘wasn't for someone like me', primarily because they believed their finances were too simple or that advice was only for wealthier people. While this will clearly be true for some, almost 1 in 3 (31%) have more than £50k in investible assets. While not all advisers would take on such a client, many would, so again, perhaps there's more that could be done to publicise the availability of advice.

35% of non-advised customers had a very different view and believe they can look after their own money. Some people can, of course, but our previous research showed that most people feel more confident about money and indeed are financially better off if they do take advice. In some cases, people simply hadn't thought about taking advice. 22% said they had never considered it because it hadn't occurred to them it may be something they need.

Almost 1 in 3 (29%) non-advised customers felt they couldn't trust a financial adviser, or perhaps more accurately, they didn't know how to find a good one. 45% said they believe advisers are only interested in selling them something. But a significant proportion (27%) said they would be more likely to see an adviser once they knew more about the services on offer.

Finally, 17% of non-advised customers are either too proud or just embarrassed to talk to someone about how to manage their finances. Notably, 32% of all those people we interviewed said they would find it more appealing if they could do everything digitally.

All of this points to a fundamental lack of awareness of the services on offer, the costs of those services and the benefits that can be derived. While that can be said of many professions, helping people keep their finances in order and building financial resilience feels like one of the most important things we can do for society.

Our research showed that 1 in 4 (24%) people are open to financial advice once they understand better what it entails. That equates to around 1.5 million people.

If we're going to dispel some of these myths, we have work to do in making sure the profession is better understood. For those of us who work in the industry, the benefits for people taking advice are very clear. But for those who don't, much of it remains something of a mystery.

It feels like it's time to start closing that knowledge gap if we're to do anything about the advice gap.

To find out more, visit our website to read our report.

Jamie has worked in financial services for over 30 years, primarily in the area of pensions. Most of his career to date was with Standard Life Aberdeen, holding positions in Operations, Marketing, Proposition Development and Policy.

In 2017, Jamie was appointed by the Department for Work & Pensions to chair the Automatic Enrolment review on coverage, which resulted in the proposals to remove the Lower Earnings Limit from pension calculations and lower the minimum age for eligibility from 22 to 18.

Latterly, he held the position Head of Global Savings Policy, speaking to people all over the world about different retirement systems and how countries were facing up to the challenge of an ageing population.

Jamie was appointed as Director of Policy & External affairs at Royal London in January 2021. 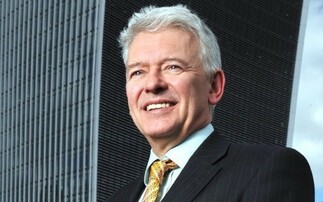 Mark Devlin: Is redundancy sacrifice an elegant solution to a complicated problem?

More than 40% of advisers considering using own platform - research