What is the impact of charges on your clients' investments?

Industry Voice: This year has seen investment management charges come under the spotlight.

In this article, you'll read about how regulatory changes are driving more transparency in investment cost reporting, and what this means for you and your clients.

Transparency has been a key focus for regulators who have been keen to provide greater clarity for investors, reduce costs and increase competition. More clarity on fund charges should enable investors to make better-informed decisions by improving their ability to make comparisons between different funds; while also allowing better analysis of investment fund charges against a fund's investment aims.

In January of this year, the second round of the EU's Markets in Financial Instruments Directive - so-called MiFID II - was brought into force. Among its directives, MiFID II sought better transparency on fund fees, both when the fund is sold to the consumer and on an annual basis thereafter.

Previously, only certain costs - those in the ongoing cost figure (OCF) - had to be disclosed. The OCF is stated as a percentage of an investment's value, and shows the fees for the management (excluding performance fees) and administration of a fund, as well as custody and audit costs. But this method of measuring fees had been criticised for omitting several elements of investment management costs.

MiFID II introduced the requirement for extra disclosure of ‘hidden' costs. Investment companies now need to reveal all the costs of running a fund, including transaction fees - the cost of buying and selling a portfolio's investments (paid out to a third-party broker) - as well as related taxes, duties and clearing costs. Performance fees and incidental fees also need to be included.

MiFID II was not the only change to cost disclosure to land in January. The Packaged Retail and Insurance-based Investment Products (PRIIPs) regulations also took effect. These require retail investment products (including investment trusts, insurance-based investment products such as with-profits, structured investments and structured bonds) to produce Key Information Documents or KIDs for the first time. These KIDs need to provide a breakdown of costs, as well as providing an illustration of the effect of costs expressed as a reduction in yield.

UCITS funds already have to provide Key Investor Information Documents (or KIIDs), which include a breakdown of fund charges. UCITS funds are covered by the new PRIIPs regulations but have a transitional period up to 31st December 2019 which allows funds to continue using the old KIIDs during this time.

The FCA is also adding new elements to its regulation of fee and cost disclosure. The new initiatives follow the conclusion of the Asset Management Market Study and aim to improve competition and to ensure fund managers compete on the value they supply.

These initiatives include the requirement for fund managers to appoint at least two independent board directors. Also, fund managers will have to produce an ‘Annual Assessment of Value' (AAV), as a way for them to bolster the best interests of the fund's investors. Fund houses have to publish annual statements starting from September 2019.

Christopher Woolard, Executive Director of Strategy and Competition at the FCA, said that its new rules are "an important part of a package of measures that combined, aim to achieve a fair, transparent, open and accountable market".*

What are the potential effects of these changes?

The introduction of these new regulations is likely to make it easier for investors, advisers and competitors to compare investment products.

Earlier this year, ratings agency Moody's published its research into the impact of MiFID II. It said it expects the new rules of cost disclosure to result in an increase in competition and further downward pressure on investment fees. In turn, Moody's also expects to see the migration to cheaper passive investments continue and for lower fees to spur some consolidation in the industry. 1

The introduction of the new cost disclosure rules has not been without criticism. The overlapping timescales for the different regulations means they will take several years to bed down and allow funds to become truly comparable. In addition, different disclosure rules require charges to be broken down in different ways, so the additional transparency adds a further complexity to anyone wishing to compare investment charges.

There has also been specific criticism of the way the new PRIIPs regulations require costs to be calculated. In July, the FCA launched a review of the impact of the PRIIPs regulations, with chief executive Andrew Bailey saying "I am concerned about PRIIPs. It carries the risk of it leading to literally accurate disclosure which is not providing useful context". 2

Meanwhile, the FCA's requirement for an AAV statement may change the focus of fund manager disclosure, with perhaps less focus on price paid. The new AAVs are not just about cold, hard numbers, but mix qualitative factors in with the quantitative ones, including levels of service, performance, comparable rates, economies of scale and class of security.

The impact of charges over time

The central point of the European and UK regulators is that raising awareness of the level of fund charges should encourage investors to take greater account of charges when considering where to invest.

The fact that high charges eat into investment returns over the long term is hardly a revelation. However, the difference in total returns due to charges can be an eye-opener for investors. In 2013, a study carried out by the Department for Work and Pensions (DWP) into the level of charges in workplace pensions highlighted the impact that higher charges can have.

The DWP's figures show that over a working life of 46 years, a pension investor contributing an initial £100 a month (rising by 4% a year), and experiencing annualised investment growth of 7% a year would pay 13% of the total value of their fund if they paid an annual management charge (AMC) of 0.5%. This rises to 24% of the fund if the AMC is 1% and 34% for an AMC of 1.5%.

Overall, the recent changes to disclosure should give more power to investors, as per the regulators' plans. Transparency is important, value is essential and fees need to be competitive.

Highlighting funds where fees are low and where returns are strong should benefit the customer and be healthy for the industry as a whole. However, there is a lot of ground to cover before we actually see how investors adapt to the extra information that's coming their way.

Answering the difficult questions on the future of investment returns 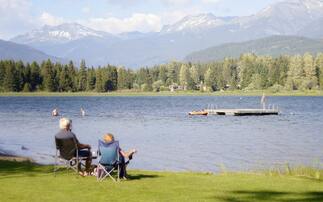 Controversial NI hike delayed - where next for social care? 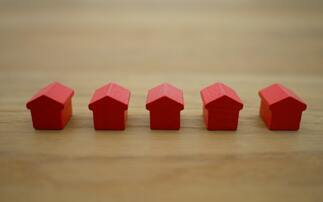