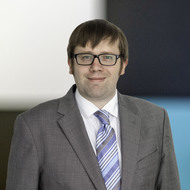 Martin Richmond is reporter at Professional Pensions. He joined the organisation in March 2022 from Practical Law. He began his career in journalism working as an editorial assistant for Communications International Group in 2015 working across their collection of publications including Pharmacy Magazine. He completed a BA in History at the University of Essex in 2013. After graduating from his undergraduate degree, he completed his Master’s Degree in Journalism at Brunel University in 2014. Outside of work, Martin is a big cinephile. He loves going to the cinema and reviewing films. He also enjoys watching sports, especially football.

‘More important than ever’

Savers urged to be cautious on DC consolidation

'Much more work needs to be done'