Around 37 billion tonnes of greenhouse gasses were emitted in 2019. Then came Covid-19 and global lockdowns which saw factories shutter, aircraft grounded and populations confined to their homes. But even the most draconian restrictions on human mobility in modern times only led to an 8-9% decrease in global CO2 emissions in the first half of 2020 compared to the same period in 2019. And the effect will be temporary.

But the urgent need to decarbonise offers companies producing renewable energy and other low carbon technologies the potential for decades of growth.

Unfortunately, there is no silver bullet that offers a 100% decrease overnight. But there are steps we can take today such as replacing coal-fired power and oil-based transport with the best low-carbon solutions available. Installing wind turbines cuts emissions by 93% (compared to fossil fuel plants)[2]. Switching to electric vehicles will more than halve (cradle to grave) emissions from cars, while green hydrogen fuel cells can decarbonise heavy-duty trucks by 87%. The meatless burger reduces emissions by 90% and lab-grown meat by 78%. Insulation alone can halve the emissions associated with buildings.[3]

Many technologies, like wind and solar, are economic without subsidies. Others require significant amounts of public and private capital to rival cheaper, carbon-heavy technologies. All areas need to be scaled up aggressively to meet decarbonisation targets set by the Paris Agreement. So even if valuations look expensive today among wind and solar companies, we believe long-term growth expectations for many will prove more than justified. Companies with no competitive advantage, like some electric vehicle firms, however, appear overpriced.

Chart 1: Multiple areas will need to be decarbonised to get to net zero

Carbon cap-and-trade systems have proved controversial in the past because of carbon ‘leakage'. This occurs when a carbon price is applied and increases the cost of domestic goods, incentivising a switch to cheaper imports from countries with no carbon price. Despite this risk, deeper, broader carbon markets are on the horizon and as more countries adopt them, the more effective they will become. This could further boost companies in green sectors as ‘brown' alternatives become more expensive. The World Bank estimates that carbon prices have to be 2-4 times higher than their current level and 2.5-5 times higher by 2030 to achieve the emissions reduction goals of the Paris Agreement.

As part of its pledge to achieve carbon neutrality, China is set to roll out a national cap-and-trade CO2 scheme that's been running as a pilot since 2014. Its impact has been limited so far due to a low carbon price ($3-4/ton in 2019) but this should change as prices rise. Moreover, a nationwide scheme in China could include sectors that account for an estimated 20% of global emissions by 2030, creating the potential for large-scale decarbonisation. The US may follow with its own scheme under President-Elect Biden. The EU cap-and-trade programme currently covers emissions from power stations and other industrial plants, but could be extended to other sectors. To deal with carbon leakage, a carbon border adjustment mechanism that would force importers to pay for their emissions has been proposed as part of the European Green Deal.

Existing low-carbon technologies could benefit most from the investment needed to achieve the first 50% of decarbonisation - $1 trillion a year according to Goldman Sachs. These include renewables, industrial and agricultural automation, efficient buildings, the cloud (which has a 50 to 80% lower carbon footprint than onsite data centres[4]), alternatives to meat and milk, lightweight materials and second-hand goods platforms. Once current technologies have been fully adopted, a further investment of around $3.8 trillion[5] a year in new solutions is needed to close the gap. Some, like green hydrogen and carbon capture, are still in the early stages of development today; others have yet to be invented. Many will need renewable power.

Chart 2: Investments in renewable energy could be significant over the coming decades

The average annual investment for solar and wind alone will top $400bn a year (on a 1.5˚-2˚ pathway) for decades. And if solar and wind, backed up by battery and green hydrogen storage, replace all present-day thermal generation, meet rising demand from a growing population and emerging middle class, and power the global electric car fleet, demand for these will rise to roughly 17 times current levels.

That is before accounting for electrifying heating in people's homes or manufacturing green hydrogen to replace natural gas, and reducing emissions in hard-to-mitigate sectors such as steel, cement, and ammonia. Once these are included, the prospective demand for solar and wind rises to more than 25 times current levels.

Hydrogen has had several false starts. But as the cost of renewables continues to decline and green hydrogen starts to be produced at scale, it could reduce those carbon emissions previously thought impossible to mitigate within the decade. Of the 70 million tonnes of hydrogen produced today, only 1% of it is green, i.e. produced using renewable power. Most is produced using natural gas. But if projections prove correct that green hydrogen could meet a quarter[6] of global energy demand by 2050, production of green hydrogen could increase to around 700 million tonnes.

The decarbonisation challenge is on a scale unmatched in human history. But it is one that offers the companies meeting it a 30-year period of growth that surpasses even the internet revolution. If a big enough investment is made and current and future technologies are fully adopted, then the transition to a low (or no) carbon economy can become a reality. We might not get all the way to net zero as fast as we hope, but we can get very close.

[5]Source: Goldman Sachs, October 2020. This estimated cost of decarbonisation prices emerging technologies such as green hydrogen at their current rates, but as they are more widely adopted, costs should fall.

This information is for investment professionals only and should not be relied upon by private investors. The value of investments (and the income from them) can go down as well as up and you may not get back the amount invested. Investors should note that the views expressed may no longer be current and may have already been acted upon. Changes in currency exchange rates may affect the value of an investment in overseas markets. Investments in small and emerging markets can also be more volatile than other more developed markets. Reference to specific securities should not be interpreted as a recommendation to buy or sell these securities but is included for the purposes of illustration only. The Investment Manager's focus on securities of companies which maintain strong environmental, social and governance ("ESG") credentials may result in a return that at times compares unfavourably to similar products without such focus. No representation nor warranty is made with respect to the fairness, accuracy or completeness of such credentials. The status of a security's ESG credentials can change over time. Investments should be made on the basis of the current prospectus, which is available along with the Key Investor Information Document, current annual and semi-annual reports free of charge on request by calling 0800 368 1732. Issued by Financial Administration Services Limited, authorised and regulated by the Financial Conduct Authority. Fidelity, Fidelity International, the Fidelity International logo and F symbol are trademarks of FIL Limited. UKM0121/33026/SSO/NA 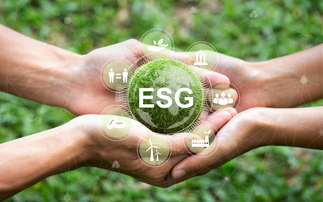 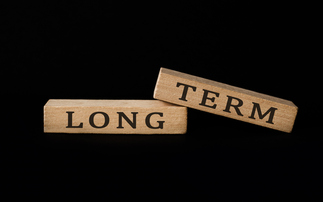 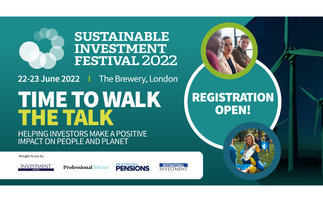