Steve Webb: Why DWP is paying out £3bn to women after state pension errors

The DWP is paying almost £3bn to 200,000 women who did not receive the proper state pension they were due. Ex-pensions minister Steve Webb explains how he helped bring the issue to light

Advisers will be familiar with the complexity of the private pension system, but coming up fast on its heels for complexity is the state pension system, and particularly the ‘old' state pension system which affected those who reached pension age before 6th April 2016. One symptom of that complexity is that it can be possible to pay the wrong pension to someone for years without them even realising it. And in the case of the pensions payable to 200,000 married women, widows and the over 80s, that is exactly what has just happened. Last week it was revealed that the DWP would be spending the best part of £3 billion putting right long-term underpayments to a group of women, with lump sum payouts averaging over £13,000 per head. So what went wrong and what happens next? The root of the problem is the very traditional assumptions about women, which underlie the old state pension system. The old system worked on the basic assumption that men went out to work and (married) women raised families and were financially dependent on their husbands. As a result, a complex set of rules was created which allowed women to claim a state pension payment on the basis of the contributions of a husband, ex husband or deceased husband. In the following decades for most women, most of the time, the system has worked as intended. But a year ago I started to become aware of cases where things were not as they should be. I was hearing from women who were not even getting the usual 60% pension available to most married women, but getting weekly pensions of £70, £60 or less. I tabled a freedom of information request to the DWP to find out just how prevalent this was and was shocked by the reply. It turned out that large numbers of married women, widows and those aged over 80 were not getting the sorts of pensions you would have expected. While there may be individual reasons for people to get lower pensions than the standard rate, the scale of the problem suggested something was amiss. I published my first report on the subject in May of last year with a follow-up in the summer and we launched a simple website - www.lcp.uk.com/underpaid - where people could check they were on the right rate. I was stunned by the response, and to date we have had more than 500,000 visits to that site. I also heard directly from hundreds of women and their families and realised that the problems ran deep. Eventually, DWP committed to investigating and they have just accepted that there are systematic problems, which need to be put right. They will now trawl through hundreds of thousands of state pension calculations, looking for errors and have committed to make payments to those who have been underpaid, including to the estates of those who have now passed on. Key groups who could benefit include: However, some women who are being underpaid will still need to proactively get in touch with the DWP. The main two are: The new state pension system is far from simple, but it has been designed to give women a decent pension in their own right. The failings of the old system that have been revealed in the last week are a reminder why this was a reform whose time had come. Steve Webb is a partner at LCP and was pensions minister from 2010-15 In respone, a DWP spokesperson said: "The action we are taking now will correct the historical underpayments that have been made by successive governments. Anyone impacted will be contacted by us to ensure they receive all that they are owed." 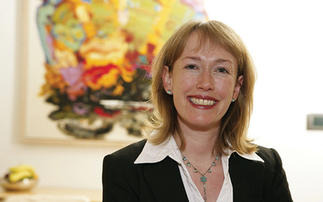 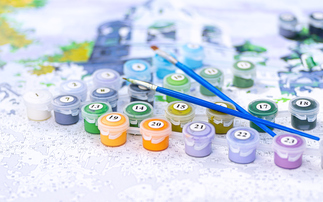 HMRC recently released a range of statistics relating to personal and stakeholder pensions. Below Jessica List summarises the highlights and what they may mean for advisers’ clients...